As a security measure, SSS will force all its users to reset their password when its more than 180 days old. However, when you proceed to use their Forgot User ID / Password feature, the link that will be sent to your email will redirect to an Internal Server Error page. 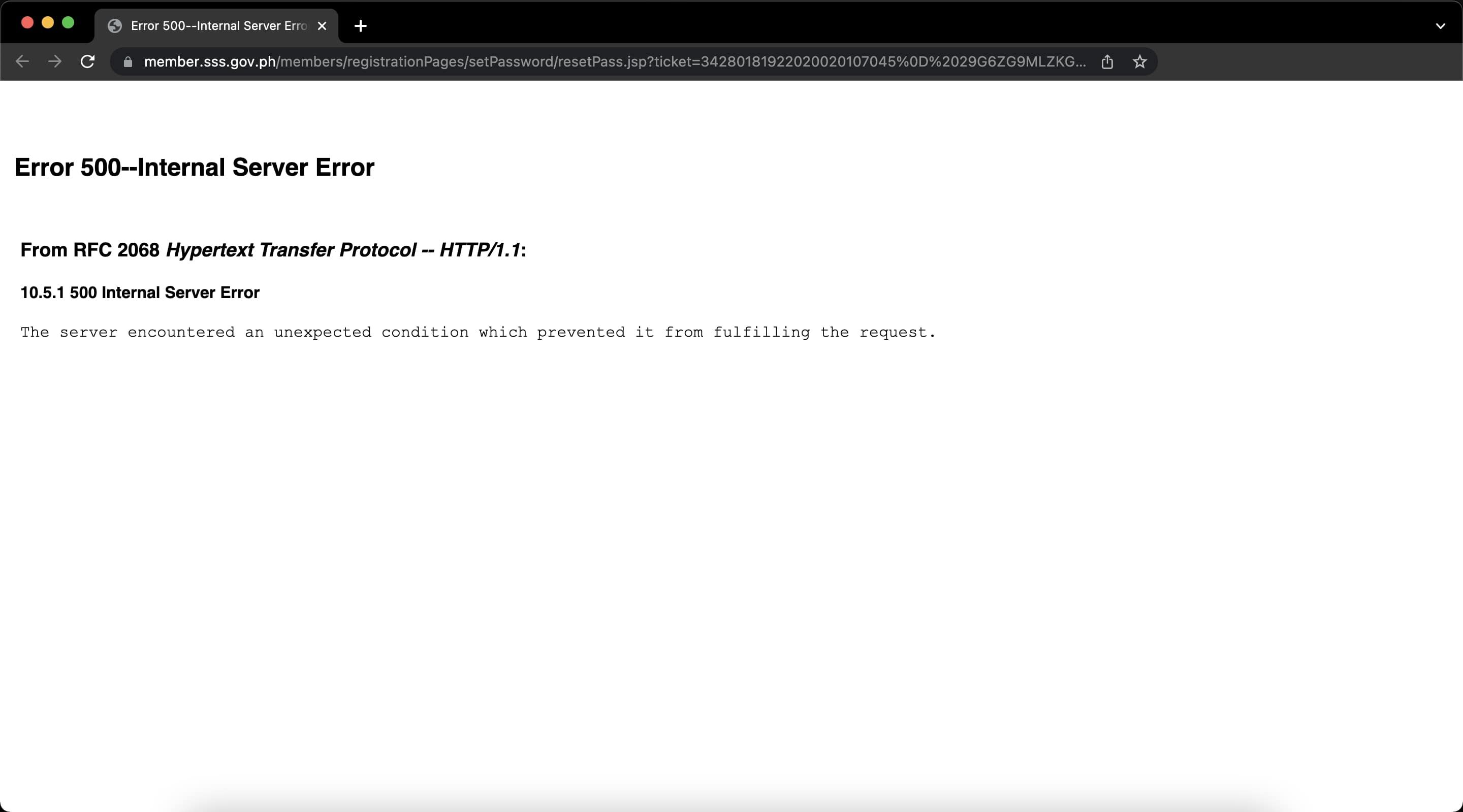 An Internal Server Error (error code: 500) is a message that appears when the server encounters an unanticipated condition that prevents it from fulfilling the client’s request (e.g. from a web browser). This is a general error message that can be caused by a variety of issues, such as server setup issues, programming faults, or hardware problems.

If you get an Internal Server Error while viewing a website, it is usually best to try again later, since the problem may fix itself. If the problem persists, you should contact the website administrator or hosting provider to report it and see if they can assist you in resolving it.

I first encountered this back in December 2021 and sent an email to their customer service email at onlineserviceassistance@sss.gov.ph:

Several months went past and I followed up last April 2022 to no avail:

I even tried contacting them on a different channel via Facebook Messenger but my messages weren’t even seen: 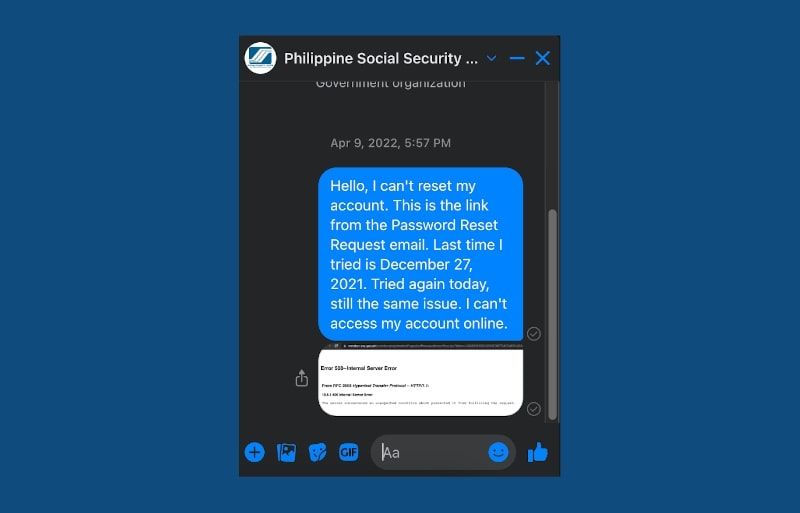 Fast forward to December 2022, it’s that time of the year when most people set new goals for the upcoming year, I checked if the problem still exists. Guess what, it still is. 😅 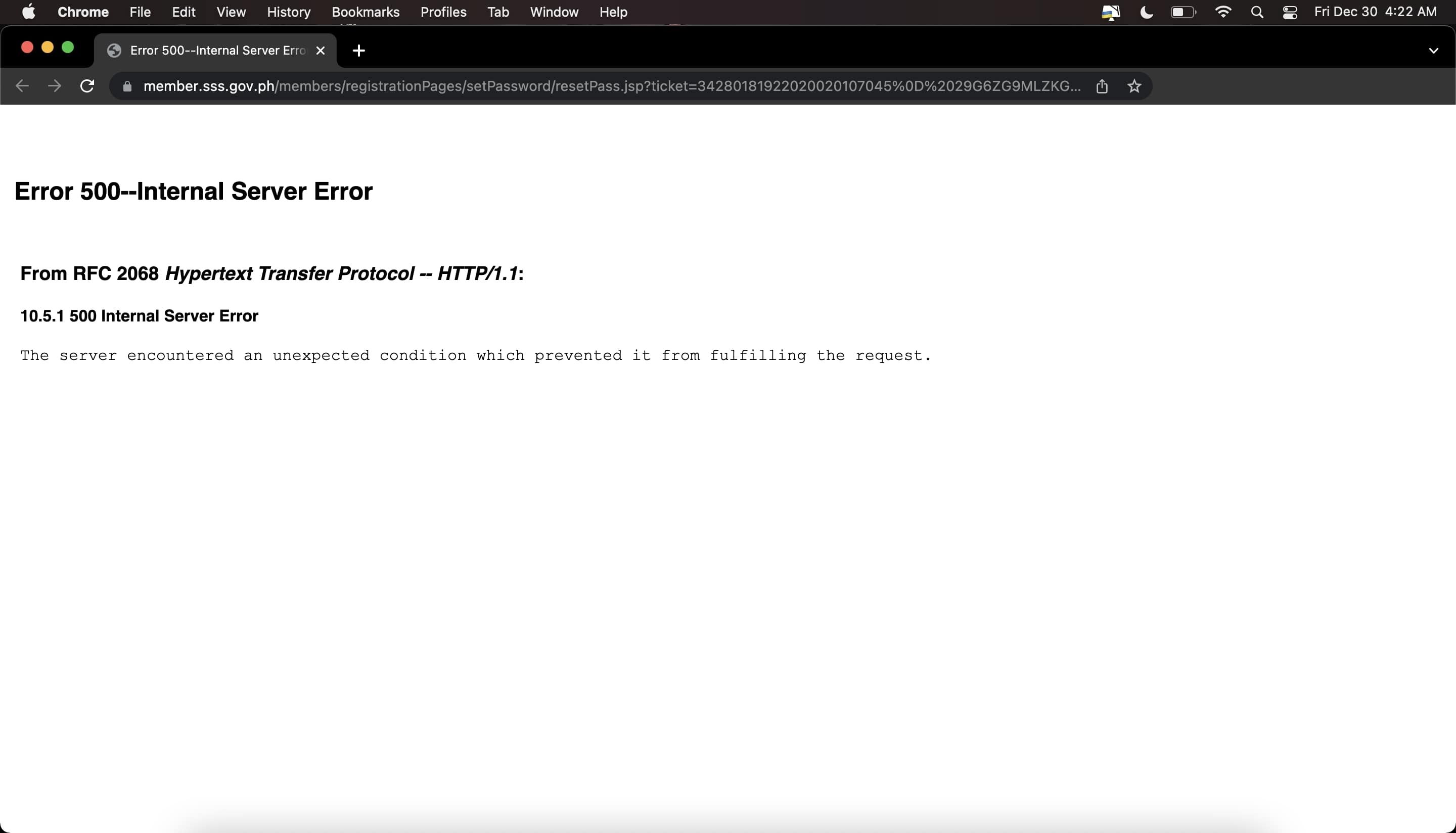 It’s when I decided to take off my customer/client hat and worn my web geek hat and tried to figure out how to resolve this problem on my own. 🧐

One of the common issues that arises from data processing is the usage of unsupported characters or symbols. So I checked the URL (or the link) from the email:

A question mark ? after the subdirectory or a file name represents there is a query parameter on that URL.

A query parameter is a value that is included in the query string of a URL (Uniform Resource Locator). Query strings are used in URLs following the question mark (?) to pass additional information to a server as part of a request.

From this example, we have the domain example.com, the subdirectory search and a query parameter with the name keyword and a query value of banana. This most likely means we are accessing a page that tells the website that I am searching for a banana.

If we break this down:

Let’s just focus on this value from the ticket parameter.

I noticed there are some illegal characters in here. I highlighted them below:

Unless you are in the web development industry, you won’t have any idea that there’s an anomaly here. It looks just like random gibberish characters, right?

Both %0D and %20 are special characters in URL Encoding and are not allowed in a URL. 🚫

URL encoding is a method of representing special characters in a URL (Uniform Resource Locator). Spaces, punctuation, and some special characters are not permitted in URLs and must be encoded in order for the URL to remain valid and be properly processed by the server and other web-based services. Each special character is represented with a unique % symbol and additional characters.

There’s a pattern you can follow: % followed by two (2) digits or letters or combination of a digit and letter.

Here’s a list of URL encoded characters for your reference.

So when I tried accessing it, I can now proceed to resetting my password: 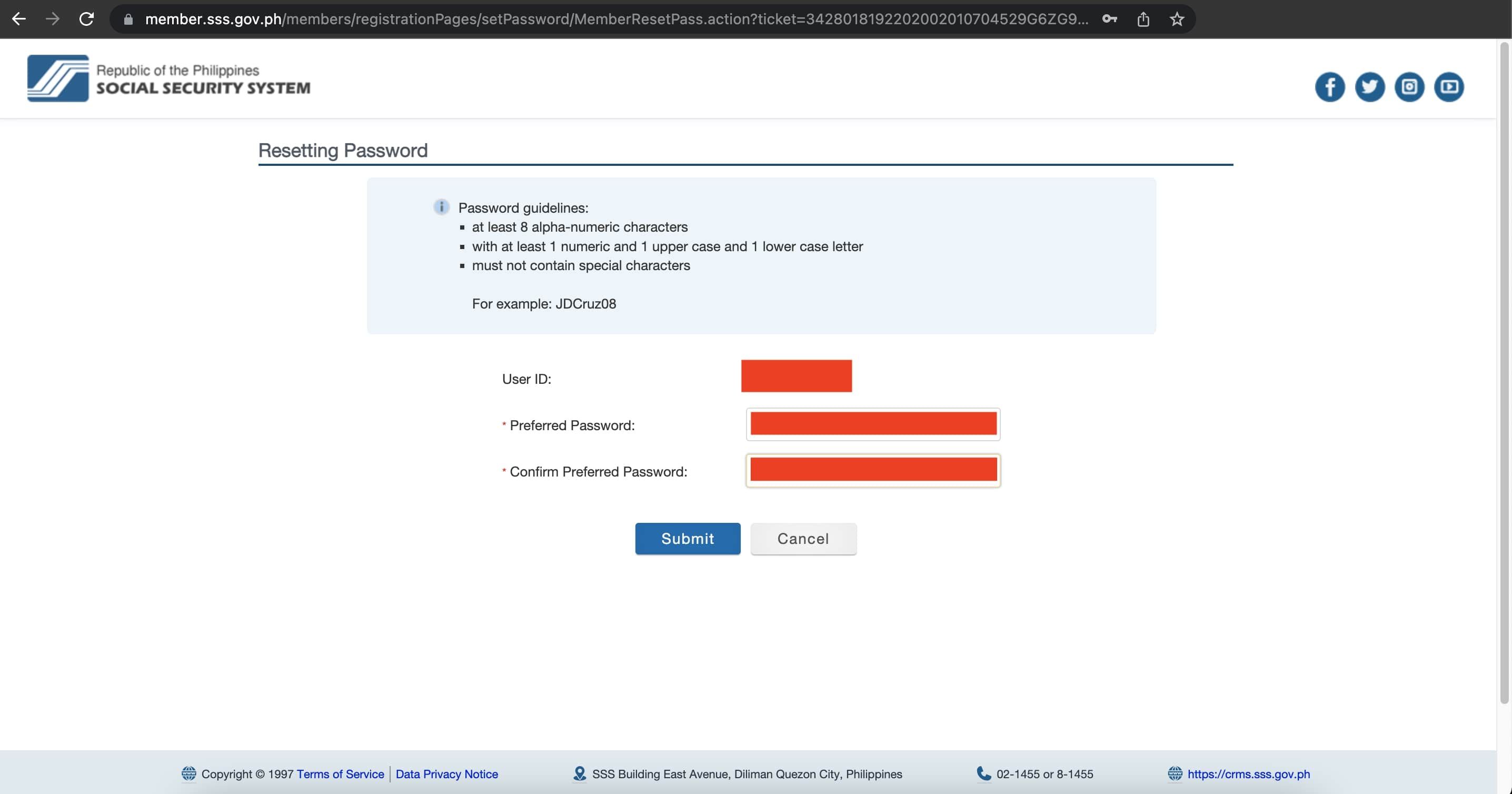 Looking as how it has been a year since I encountered the problem and it’s still not resolved to this date, I might as well share this to others who forgot their password or need to reset their password while waiting for a resolution on their system. 👀